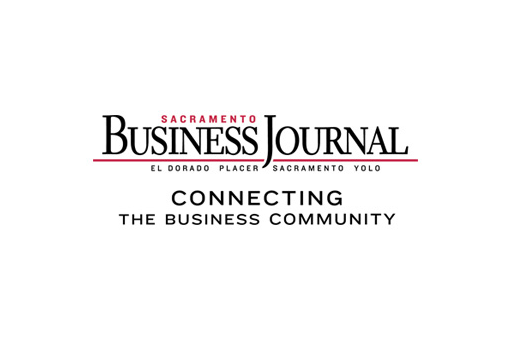 Kerrie Kelly opened an interior design studio on J Street during the recession. Business has boomed ever since.

Jennifer FaGalde, an independent designer in Folsom, says 2010 was her best year in the last nine, which included the peak of the real estate market.

Few people are buying homes in the sluggish economy, but there’s plenty of interest in fixing up what they now have, creating a booming market for small interior design shops.

“People work very hard and want to come home to a space they love to recharge their batteries for Monday morning,” Kelly said.

Projects range from gutting the place to dabbling with draperies — and provide a lucrative niche for small businesses offering lots of personal attention. Local connections a plus

Kelly, 38, went for flair at an early age. Her parents’ home on American River Drive was beige. Her room was electric blue.

“I didn’t care about dolls, but I did about wallpaper,” she quipped.

A graduate of Cal Poly San Luis Obispo, Kelly worked in visual merchandising at Nordstrom and Macy’s. She moved on to Ralph Lauren to become the primary representative for its home collection in Northern California — and launch her own home-based design firm.

Kelly worked as design studio manager and director of merchandising at Del Webb’s Sun City Lincoln Hills, earned a master’s in business administration and became a certified interior designer. She left Del Webb in 2003 to focus on her design firm full time.

Being a local helped, and Kelly kept up her connections and put them to business use in a wide network of referrals.

She often works with a former Del Webb colleague who now is a landscaping contractor, for example.

“She’s been more gracious about sending leads to me than vice versa, but she does the lovely stuff inside while I work on the outside,” said Matt Lemos, owner of Lemos Landscaping.

Also key for Kelly is figuring out what a client wants.

“Clients used to open Architectural Digest and say, ‘I want my house to look like this,’ ” she said. “Now I walk in and ask, ‘What do you have we can work with?”

Diverse marketing is important. Kelly turned a weekly column in the Sacramento Bee into chapters for a book that would become “Home Decor.” She’s appeared on TV and launched a reclaimed wood product line.

Jack and Susan MacMillan chose the Kerrie Kelly Design Lab for an extensive home renovation project because one of Jack’s colleagues at University of California Davis is married to Kristen Gong, one of four designers in the group.

“It’s nice to have a little relationship when you go into something like this,” MacMillan said.

The couple has lived in Gold River for years and doesn’t see moving in the next decade. They never liked the kitchen/dining area — and are spending $100,000 to gut it, take out walls to open the room and put in new flooring.

But small touch-ups also can change everything, FaGalde said. A new face on a gaudy gold fireplace altered the feeling of an entire room.

“Every job is so individual,” she said. Clients may keep the furniture but change the window coverings. Others gut the place and start over.

“Now, it’s reassess, change it up a little,” she said. “I work just getting to know clients, where they grew up, what they loved — or hated. One client hated blue because every time he stepped into his mother’s formal dining room — which was blue — he got spanked.”

Networking at professional organizations has helped FaGalde keep current with trends and build referrals. And instead of trying to do it all, she outsources jobs like computer-assisted plan drawings for bathroom remodels.

Mary Ann Downey is a 32-year veteran of the residential and commercial interior design business in Sacramento.

She struggled when the bottom fell out of the real estate market, but picked up slack doing rental properties. She does dental offices, too.

Some people who put off redoing the living room or other household project are doing it now. Their homes may have lost value, but the neighborhood is stable and they have decided to stay put.

Repeat business is important, in part because she works hard to avoid change orders once a project has started.

“Clients say they just want to do one thing, but when I get there, they really want to do a lot of things,” Downey said.

Interior design: What sells in a small shop

Send us a question about your upcoming project, we’d love to hear about it!

Thank you! Your submission has been received!
Oops! Something went wrong while submitting the form.

" I have worked with Jennifer at FaGalde Interior Design for two major renovations in my home, a four bathroom remodel and a kitchen remodel. She designed, selected paint, tile, granite, flooring, and accessories for my projects. She listens to your ideas and is very knowledgeable of the most current design trends to transform your project into that perfect space. She has a great eye for design, color, and texture."

" I had no idea what I was doing when it came to remodeling our kitchen in our newly purchased 25 year old home. Where to start? Yikes! Jennifer was my calming voice and helped me settle on a plan and helped it come to fruition. She kept us within our budget and helped me turn my kitchen into a room I love and love to show off! Now, onto the living room :) "

" We met Jennifer at the Sacramento Home Show when we were looking for a decorator to help with our home. Jennifer came to our house so she would know what we currently had and what we wanted for our new design. Jennifer is very personable and professional. She had great ideas and our home turned out great. We love it!! We have more projects and will definitely call her when we are ready to move forward. "